The time has come for a National Guaranteed Livable lncome 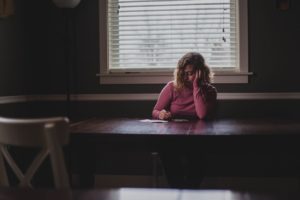 A Guaranteed Livable Income, also known as a basic income, is a government program that ensures every Canadian will receive a basic income set at a level above the poverty line. This amount will be enough for the basic essentials, allowing people to live with dignity and good health.

Ontario Premier Kathleen Wynne announced recently that Ontario will launch a three year basic income pilot project to take place in Hamilton, Lindsay and Thunder Bay. The last time Canada experimented with a basic income was back in the 70s in Dauphin, Manitoba with some success before being shut down for political reasons.

Good for the Ontario Liberals to launch such a project! Let’s hope they, or whoever else will be in power after next year’s election, follow through and implement this beneficial program.  Lately, everybody, from delegates at the 2016 Federal Liberal Party convention, to the Canadian Medical Association, are supporting a Guaranteed Livable lncome. Guy Caron, an MP from Quebec, who is running for the NDP leadership has basic income as a priority as does billionaire Elon Musk, founder of Tesla and PayPal.

A Guaranteed Livable Income has long been supported by the Green Party of Canada and is included in the party’s platform.  According to the Green party, a Livable lncome will “ensure that no person’s income falls below what is necessary for health, life and dignity”. Current welfare and disability programs, which the Green party calls “…inadequate poverty band-aid solutions” will be cancelled and money redirected to fund a Guaranteed Livable Income.  The Green party believes that if at risk individuals are given the basic resources they need, then their burden on emergency, social services, healthcare and the criminal justice system will be greatly reduced.

The benefits of a basic income are echoed by Dr. Danielle Martin and Dr. Ryan Meili, leading experts on poverty, who wrote in the Toronto Star in 2015 “…poverty makes us sick. Prescribing medications and lifestyle changes for our patients who suffer from income deficiency isn’t good enough; we need to start prescribing healthy incomes….Low income Canadians are more likely to die earlier and suffer from more illnesses than Canadians with higher incomes, regardless of age, sex, race or place of resident”.

The authors continue, “basic income is a smart alternative to costly social assistance programs, helping overcome the “welfare wall” that traps too many people in the cycle of poverty…Evidence shows that allowing poverty to continue is far more expensive than investing to help improve people’s economic well-being”.

The authors point out the successes of basic income experiments both internationally and domestically., i.e. the Mincome trial, where individuals received a modest income from the government over several years. “The Mincome experiment in Dauphin, Manitoba in the 1970s resulted in higher school completion rates, and a reduction in hospitalizations of 8.5 percent largely due to fewer accidents, injuries and mental health admissions. According to the Canadian Institute for Health Information, Canadians spent $63.6 billion on hospital services in 2014, meaning a decrease of 8.5 per cent would result in savings of $5.4 billion.”

Guaranteed Livable Income, most effectively addresses the poverty issue, by tackling the matter head on by dealing with the main cause, income. Critics have expressed concern that by giving people a basic income, they will become lazy and won’t work. However, the basic income would be set near the poverty line and would thus encourage people to work to obtain a better life. Joseph Brean at the National Post wrote “Evelyn Forget, an economist at the University of Manitoba, did her own analysis [of Mincome] and found minor decreases in work effort but larger benefits on various social indicators, from hospitalizations to educational attainment.”

If Kathleen Wynne’s basic income pilot project is a success, which I have no doubt it will be, it’s essential it be implemented not just in Ontario but across Canada.  Prime Minister Justin Trudeau’s party has already officially adopted the policy, and with a successful pilot result in Ontario, there is no reason for him not to proceed with the implementation of a nationwide policy that would eliminate poverty in this country once and for all!

Error: (#10) This endpoint requires the 'manage_pages' or 'pages_read_user_content' permission or the 'Page Public Content Access' feature. Refer to https://developers.facebook.com/docs/apps/review/login-permissions#manage-pages and https://developers.facebook.com/docs/apps/review/feature#reference-PAGES_ACCESS for details.
Type: OAuthException
Code: 10
Please refer to our Error Message Reference.